A few weeks ago I mentioned how I’d struggled with an aversion to frying. It was more of a fear of creating a giant kitchen mess than anything, plus all the concerns about playing around with hot oil (the spattering! the burning! the potential fire!). Turns out, it’s really nothing to think twice about, especially considering I managed to do both recipes without a thermometer! This dish is especially easy, which is something to be said for a dish from a restaurant where it’s easy to spend upwards of $50 on an entree. 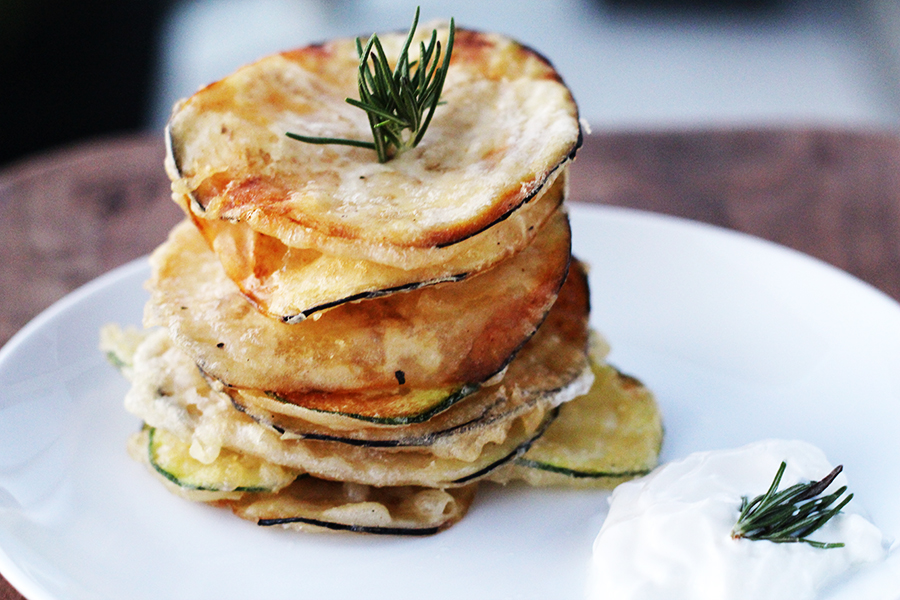 Milos is one of those Midtown restaurants best visited on someone else’s expense account. They’re masters of the sneaky concept of market price on their incredible fresh fish, which means they don’t list the price on the menu and generally the figure it a bit higher (as in multiply by at least 3) than you’d pay if you thought about it first. However, the waiters will walk you past the beautiful display of the day’s fresh seafood and it’s hard not to get caught up at the rows of whole fish. 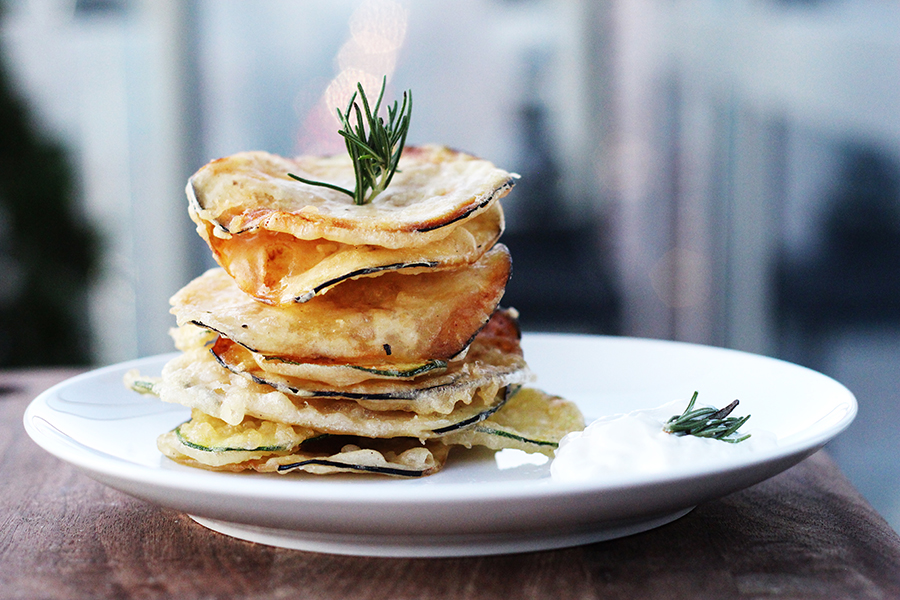 It’s a Greek restaurant, and the food embodies classic Greek flavors using fresh herbs, olive oil, and yogurt. Dishes tend to be simple, and this appetizer fits the bill – it transforms humble summer vegetables into crunchy chips with just enough tenderness inside to warrant another (and another) bite. Served hot, and with a little piece of fried cheese, it’s somehow light despite how it’s been breaded and fried. The secret there is to make a batter thin enough so it doesn’t clump on the chips. 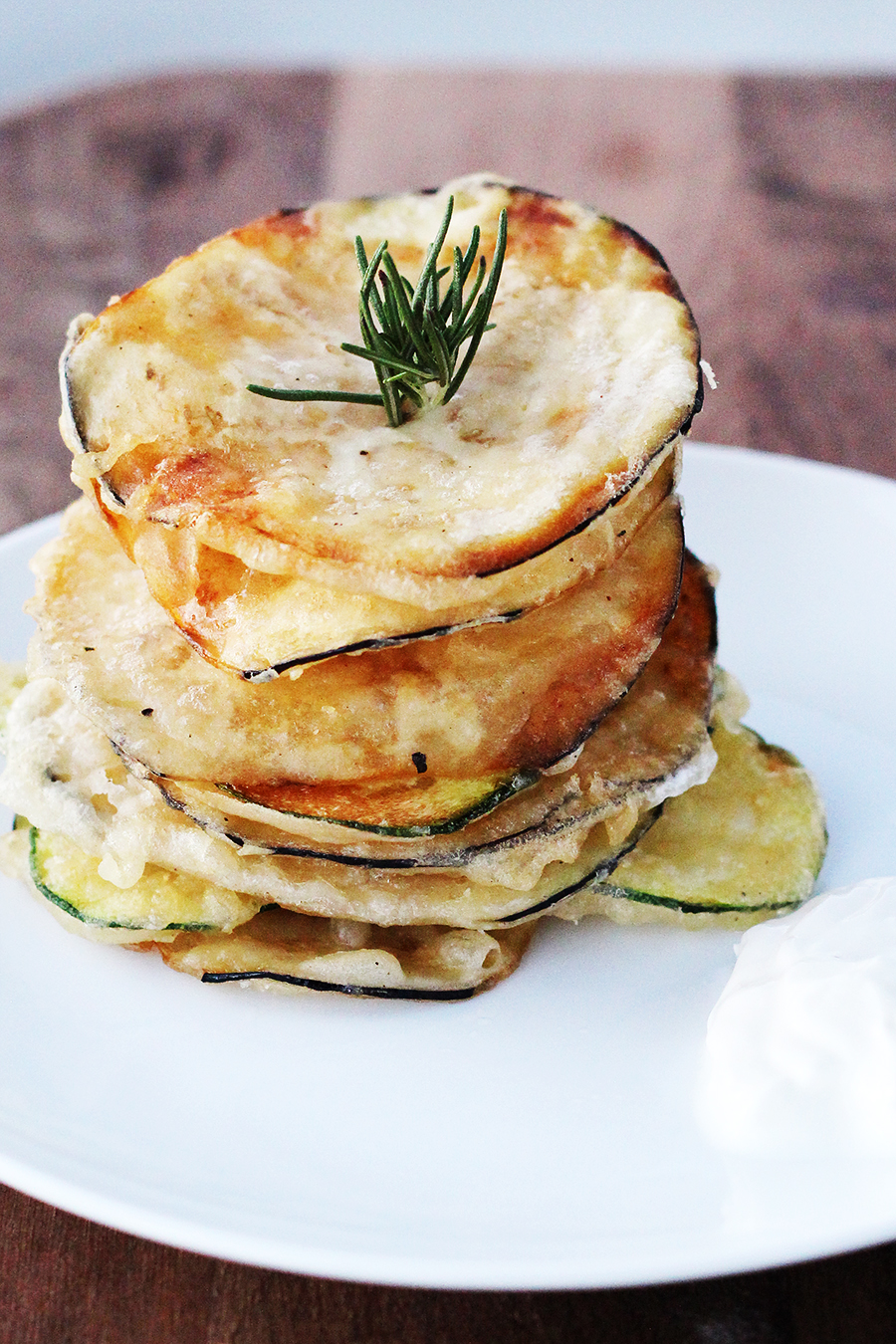 When researching this recipe, I started out with this version from Canadian Living magazine (who knew the NYC Milos is an offshoot of the original in Montreal?) and didn’t veer too far. Getting the end result to look like it does in the restaurant (thin chips, perfectly golden and stacked tall) relies on two key techniques. First, the chips need to be thinly sliced. Think as thin as possible while keeping the slices intact. While slicing them thicker actually won’t effect the taste too much (I tested the recipe with thicker slices as well), the cooking time will increase and the chips will have more bite and feel heavier than the restaurant version. Second, make sure the batter is thin and you allow it to drip off the slices a bit before frying. If necessary, add more water to the batter than called for to keep the consistency close to heavy cream.