Winter in NYC usually means less time spent strolling around neighborhoods in search of new food spots. Howling winds whip around every corner, giant frozen piles of trash line the sidewalks, and slushy puddles test the strength of even the toughest snow boots. So, when I recommend trudging down to the East Village for a hot pot dinner, it must be really good. Shabu Tatsu was the first place I’d ever had Shabu Shabu, the Japanese hot pot dish, in NYC, and it’s still one of my favorites.

Fun for kids and kids at heart alike, the tables come with built in burners and everyone sits around a boiling hot pot of broth or water, cooking vegetables and meat as they go. Plates of thinly sliced vegetables arrive to the table first and onions, bok choy, carrots and mushrooms go into the pot to flavor the broth. Once those have cooked for a few minutes, thin ribbons of beef arrive. Everyone takes hold of a thin slice of beef and swirls it around in the broth until cooked. Fetching vegetables and beef out of the hot pot, topping off with ponzu sauce and noodles, the meal becomes interactive and makes you almost forget about the piles of snow waiting outside. 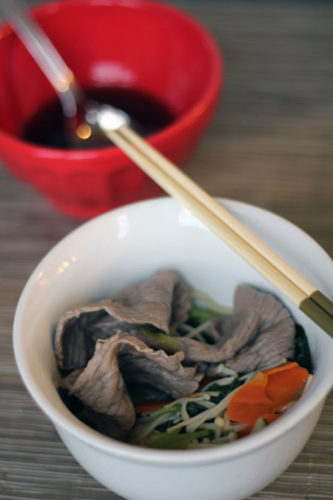 *Ask your butcher to thinly slice the beef. If slicing beef at home, freeze meat for 30 minutes before slicing - this will make it easier to achieve thin slices.
So many vegetables would work here - just be sure they are sliced thinly and will cook quickly, otherwise you might want to steam them first (broccoli, for ex.)
Leftover broth makes flavorful soup. Strained, it will keep in the refrigerator for several days. 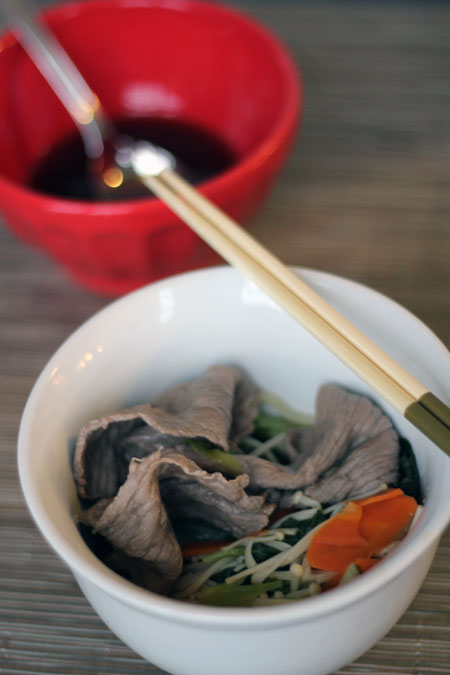 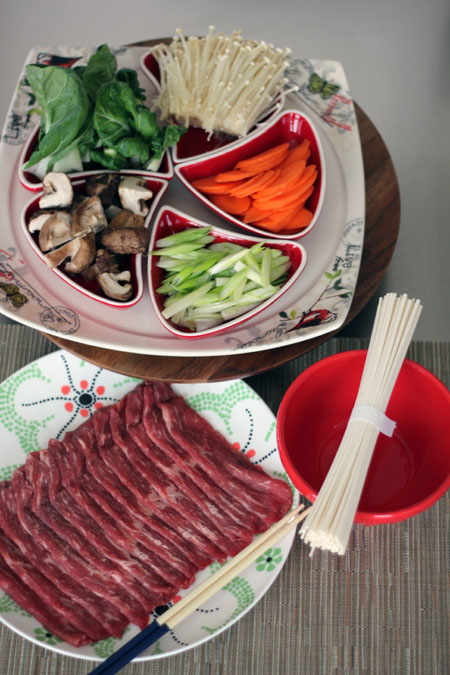