Once upon a time, when I worked at Gourmet magazine, I was lucky enough to attend a demo by chef Jonathan Waxman of NYC’s Barbuto restaurant. Chef Waxman arrived only a few minutes before the presentation was to begin, and with a surprise guest: his son. He hadn’t mentioned his son would attend, which prompted our staff to wonder how he would manage since it wasn’t billed as a father son demonstration – did he need someone to watch his son? Would they be making kid-friendly fare? Not skipping a beat, the two cooked together some of his best known dishes in an adorable fashion. Chef Waxman applies the same relaxed, home-focused approach to food in his restaurant. Fresh, simple ingredients are the stars, and the preparations tend to be simple and quick to put together.

Raw Brussels sprouts may sound dense and like something only a die-hard vegetarian would like, but when sliced thin, they take on a light texture, perfect for a salad. You don’t need a mandoline to make this dish, just a sharp knife and super fresh Brussels sprouts. 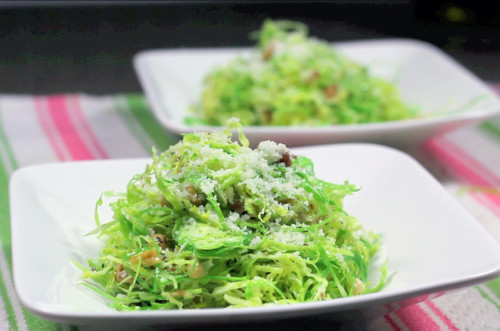 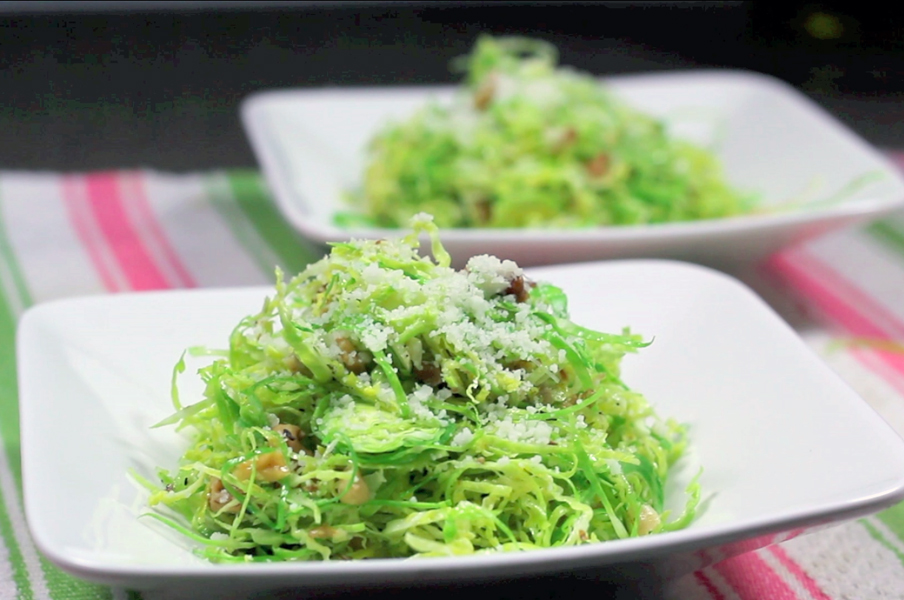