Lately, long nights at work have turned NYC into a bit of a concrete jungle for me. Get up, trudge to the subway, take three different trains, work all day, come home, repeat. I can barely type that sentence before reflecting back on how it must sound. Oh, how awful, I get to work in one of the most fabulous and exciting cities in the world! Poor baby, having to travel from the Upper West Side all the way down to Gramercy. It’s not so bad. And a welcome bright light at the end of a long tunnel of late nights at the office was dinner at Nobu a few weeks ago. Again, not so bad.

After starting with my favorite raw appetizer, there is a dish that I’ve seen copied on many restaurant menus that’s just perfect at Nobu. Now, I have to note that, for one reason or another, I don’t generally order shrimp. I don’t love it. And fried shrimp would be an even less likely order for me. So, it’s with that bias that I can promise you that Nobu’s rock shrimp tempura is simply the best since I order it every time.

Served hot, the crisp coating gives way to tender, melt-in-your-mouth shrimp. The sauce tastes creamy and also spicy, with a citrus kick that keeps it tasting light. All of this made me more than a little skeptical that I could master it at home. But with the help of Nobu’s cookbook, this version comes seriously close.

The key to nailing this recipe is in the frying. If the oil is not hot enough, the shrimp won’t cook fast enough and will end up tough. Too hot and the oil will brown the batter but not fully cook the shrimp. And don’t even think about reusing oil on this one – fresh neutral oil like canola will make sure no other flavors are passed on to the finished shrimp.

Plan on serving it immediately to best capture the hot crisp shrimp and creamy sauce. 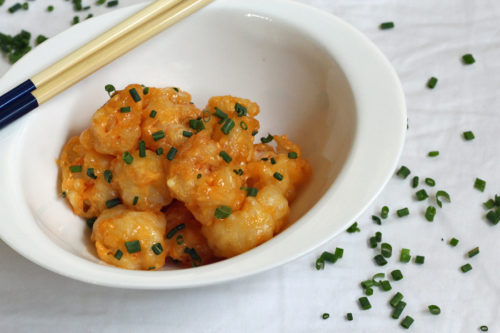 For sauce:
For tempura batter:
For shrimp tempura:

*Nobu recommends Tobanjan brand chili garlic sauce. While I was able to find this brand, the only version was chili sauce (without garlic), which tasted fine here.
The proportions here are converted from metric measurements, so they look a little wonky. 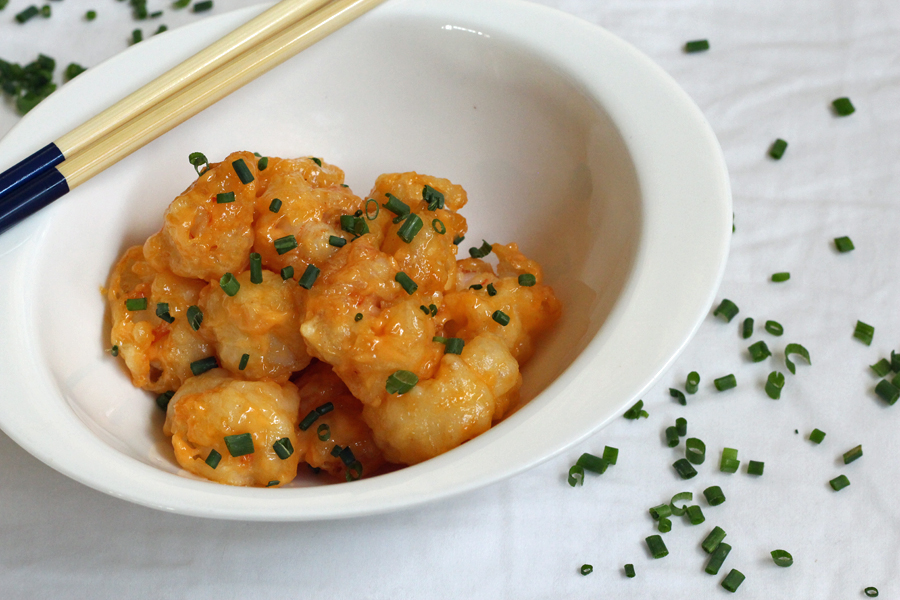