Back when I worked at Gourmet magazine, I was surrounded by fantastic food and recipes every day. Seriously, even on the publishing side that meant every event was full of innovative, delicious food and the test kitchen would come by my desk in the afternoon with freshly made potato chips (that really happened, they were hot, it was fantastic). So, it was in that spirit I had the idea to host a cooking club.

Similar to a book club, the idea was to get together every so often, and for each person to bring a dish. We’d taste and discuss and vote on the best food of the night. I hosted the first event and made arancini (aka croquettes), and I won. And, as these things go, it ended up being the only instance of the cooking club, so I like to think I went out on top. I hadn’t made croquettes since until I was reminded of their greatness at a night out at Marta. 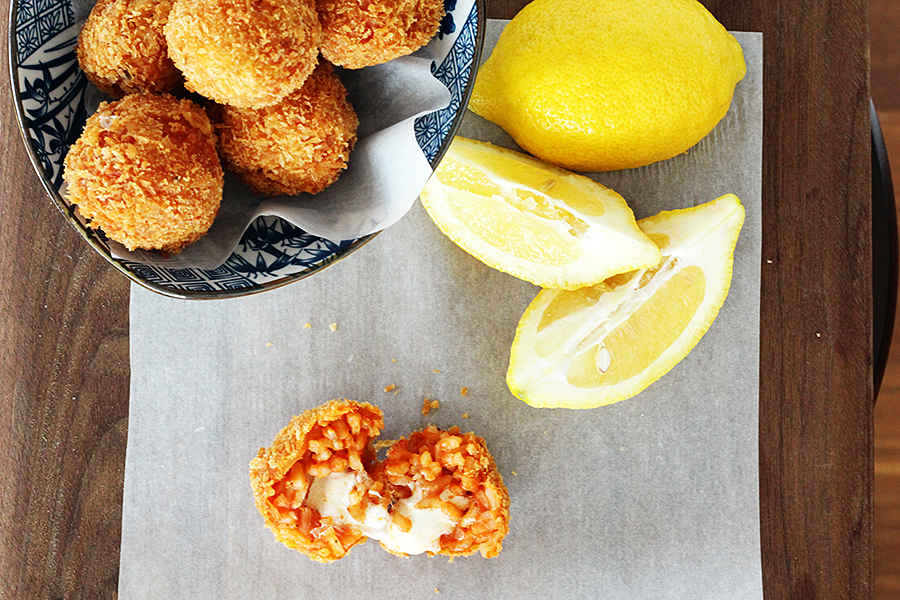 Marta recently updated their appetizer menu to include tomato risotto croquettes and it was a smart move. While the previous version tasted great, the base was a pesto risotto and had an unfortunate green appearance. I strayed from the Marta version here in two ways. First, I made these into golf-ball-sized shapes rather than the oblong size served at the restaurant. I wasn’t sure if the cooking time for those long versions would be tricky, and these are easier to just pop in one’s mouth. 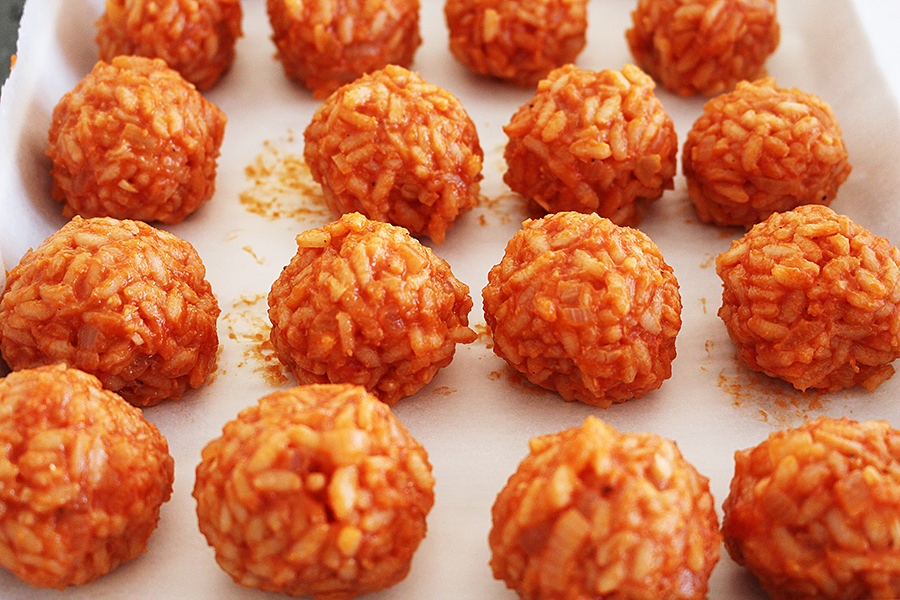 Second, I stuffed a little chunk of mozzarella in the middle. It’s just so satisfying to have the cheese ooze out, I couldn’t help it. Plus, it’s an easy way to check that they’re heated all the way through – just cut one open and check. 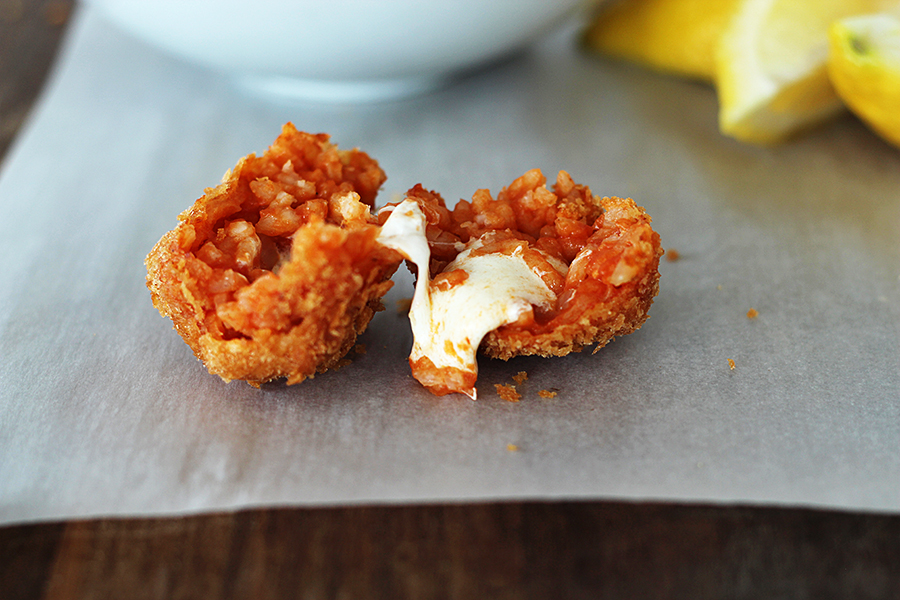 I avoided making these for a second time for so long simply because I don’t fry in oil very often. There’s not much to it, but something about figuring out the temperature and disposing of the oil after created a block in my mind. I managed to cook these without actually taking the temperature of the oil, rather by dropping a few panko breadcrumbs into the oil after it had been heating a while and seeing if they started sizzling. I tried this tip as well, and maybe it will work for you, but it wasn’t happening for me (this guide was great, though). 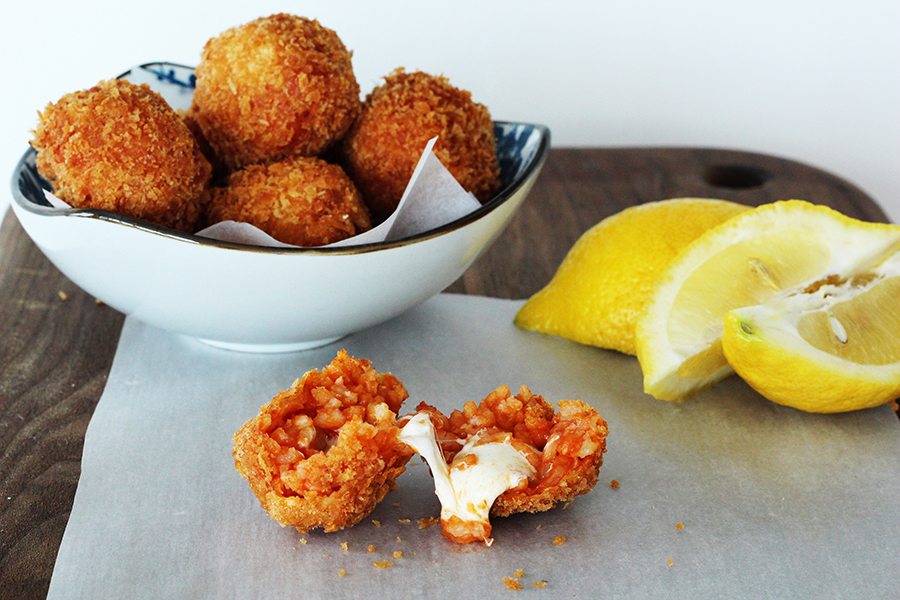 This is the type of dish that’s best eaten shortly after it’s made, although I did experiment with making them in advance and re-heating in the oven, and they were pretty tasty as well. Don’t forget to drain well on paper towels and to let them cool a few minutes before digging in. 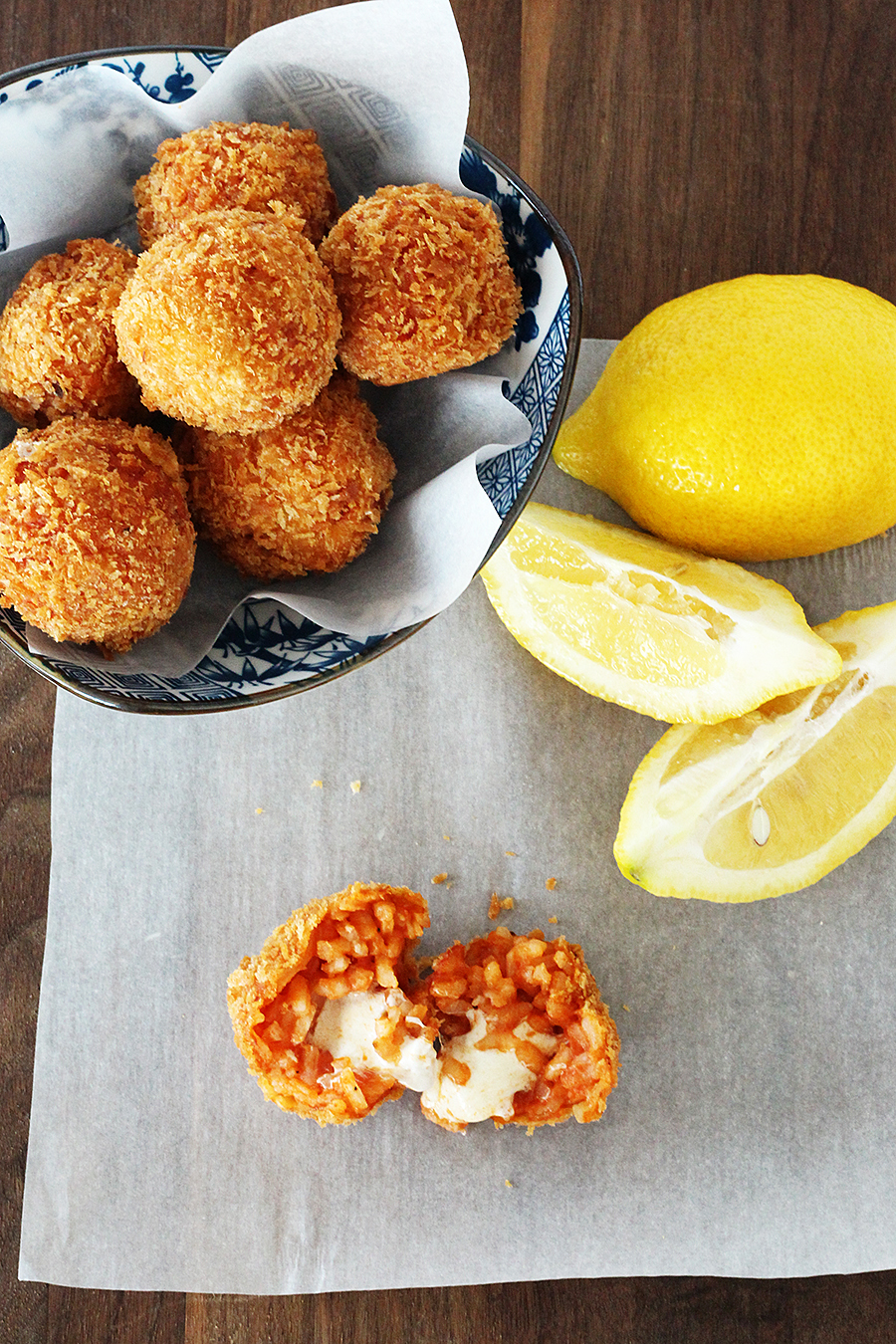