Well, hello there! It’s been a while since I’ve posted a new recipe and it turns out that running a business and having a baby simultaneously (or two babies, as I sometimes feel!) leave little time for video recipes – who knew?! I’m so happy to be back and excited to share a recipe I’ve been obsessed with in the past month – homemade focaccia.

This is an amazing recipe to have in your back pocket for a number of reasons. First, the total hands on time to make perfectly spongy, hydrated (dare I say moist??), flavorful focaccia is almost laughably short. Second, this recipe makes a bunch and is the perfect appetizer for a crowd. Third, it not only rivals focaccia you’ve had in restaurants, it far exceeds the texture and taste of what you buy in the store. 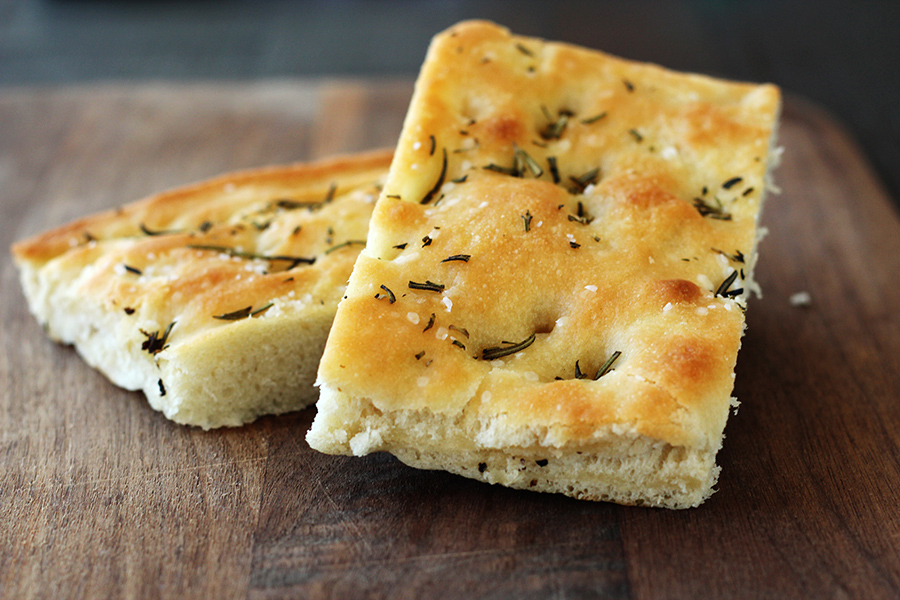 I was heavily influenced by this focaccia recipe from Once Upon a Chef, which is simple and allows for many topping variations. It relies on a stand mixer to do most of the work, and good olive oil to provide rich flavor. I love rosemary as a topping, but also wanted to experiment by adding truffles. I know, truffle focaccia, what could be better?

Since we partnered with Urbani Truffles for our cooking classes in the fall of 2016 (read more about this over at City Cooking West End) I’ve had the incredible opportunity to use their products. Beyond cooking with fresh truffles (an experience I can’t praise enough), it’s been fun to play around with their truffle sauces. The one I used in this recipe, Urbani black truffles & mushrooms, works best when spread over the focaccia when just out of the oven. The residual heat peaks the aroma and the olive oil in the sauce adds to the already rich buttery taste of the bread. The focaccia also keeps well for a few days wrapped tightly in the fridge, and heats up like a dream in the toaster oven. 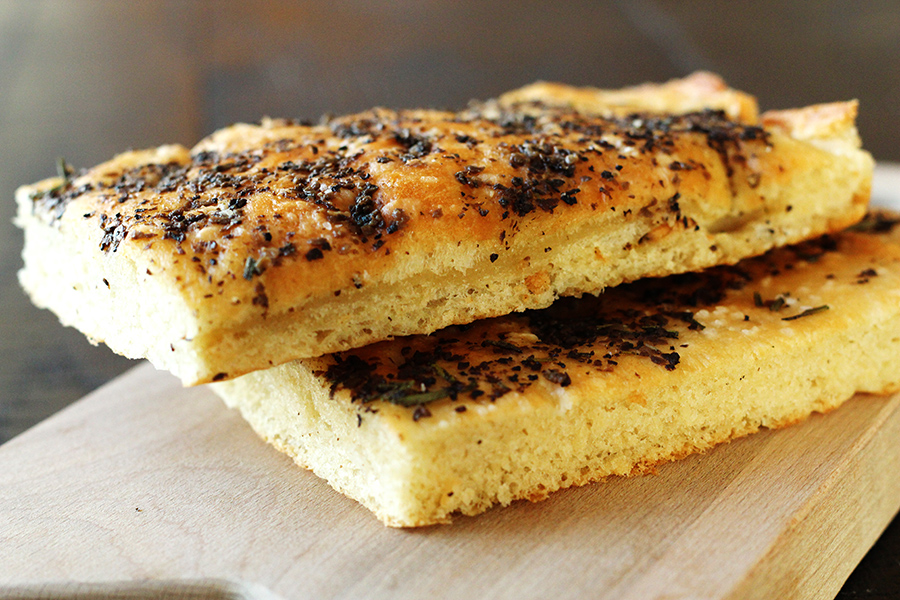